Equipping Christians for These Last Days. 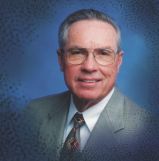 Hello, I am Bob Fraley. I would like to give you a brief background about myself and my message.

I have two primary interests that consume most of my time. First would be my commitment to be obedient to God’s will and purpose in my life. That has fallen into three major categories.

One would be my responsibility of doing what I can to help my wife, Barbara, of 52 years. She has been a wonderful helpmate, and still seems to get more done than most people, even though she is now handicapped with MS and not able to walk. She has a lot of wisdom, which I am thankful I can make use of.

Second is raising our family in a way that would teach them by word and example to put their faith in Jesus Christ as Lord and Savior. Today we have 63 in our immediate family; that includes 9 children, our own three and six we took into our home in 1969 when their parents were killed, the children’s spouses, grandchildren and their spouses and great-grandchildren. They all, except those to young, have made a commitment to serve the Lord Jesus Christ.

The third major category of my being obedient to God’s will has been to share a message from prophetic Scriptures the Lord gave me in 1971 of a tremendous spiritual warfare that would take place in the major area of Christianity during these last days. This message is extremely critical for all Christians in America because it is a well known fact that our country was founded on Christian principles and has been the center of Christianity for the last 100 plus years. Our country has often been referred to as Christian America.

Over this last generation we have experienced the effects of this heavy spiritual warfare as the moral values in our country have deteriorated more than all the previous years combined since America was founded.

The second primary interest where I spend time is my career as a businessman. We own a successful manufacturing company that produces high-tech aluminum extrusion alloys for the aerospace industry. The Lord has blessed our company, which has allowed us to help Africa Inland Missions build hospitals in Kenya, East Africa; health clinics in the bush country of Kenya, finance a dormitory for a nursing school in Kenya and currently we are helping in the construction of a dormitory for a Christian school near Nairobi, Kenya.

Other projects include our construction of a Christian retreat center near Greenville, Ohio that is used by all Christian denominations; publishing Christian teaching materials that are used by Christians and churches throughout the country; be a strong supporter of Christian grade and high schools in the Phoenix area, and of course supporting the churches we attend.

Back to understanding my message!

In 1971 I had a revolutionary encounter with the Lord. I wouldn’t say it was  to the same degree, but I do believe it was similar in principle to Noah’s or the Apostle Paul’s encounter. One of the key elements the Lord revealed to me at that time was how Satan would use what is described as a “beast” in Revelation chapter 13 to wage his warfare against Christians in America during these last days. The Lord completely identified this “beast!” Barbara and I believed the Lord’s revelation and what would happen in Christian America. We can now look back over these last 35-40 years and see that a lot of what the Lord warned us about has come true.

Since 1971 the Lord has inspired me to spend thousands of hours in research and study, primarily of Scripture, to confirm that what He revealed about these last days was true. What I learned is what the Lord used to equip my wife and me to guide our path in raising godly children in an increasingly godless society during this time of heavy spiritual warfare.

I have put an overall summary of my research in a new book titled, “You Are Salt & Light.” Barbara and I both love America and are very patriotic; therefore, the focus of my message is to share my research as it will equip Christians for these last days and help them save their families and the Christian values upon which our country was founded.

There is a charge for this book as there is an expense in publishing and distributing any book; however, the Lord has blessed our family with more than enough to meet our financial needs through my business career. Therefore, I have never had to take anything for the thousands of hours of time and work I have done for the Lord. I am thankful for that as it gives me the freedom to openly recommend you obtain a copy of this book that contains my research, which I know will help equip you for these last days.

<< Christians Are ‘The Light Of The World’